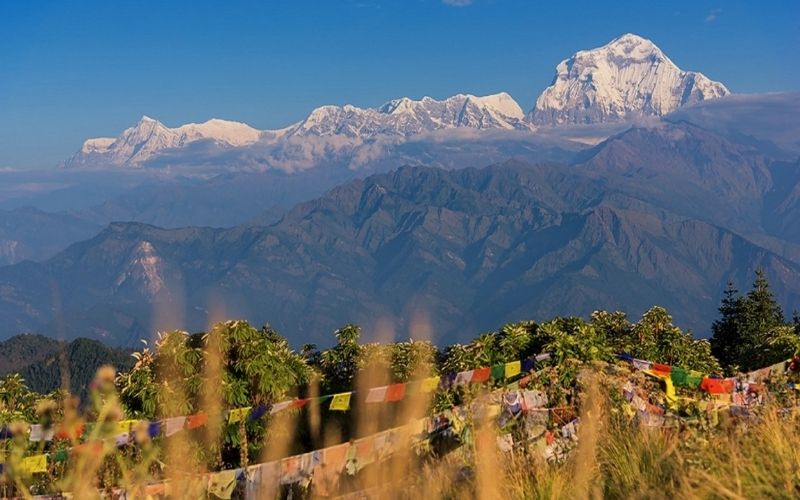 Nepal is a tiny Himalayan country but rich in its biodiversity, natural beauty, and culture. Nepal is one of those nations that, despite lacking major coastlines, is covered in the mountains. All categories of travellers can find the best of everything in this landlocked Himalayan nation.  The one-horned rhinoceros, snow leopard, red panda, royal Bengal tiger, and musk deer are just a few of the threatened species that call Nepal home. Here are 7 proven facts that you must trek in Nepal at least once in your lifetime.

Nepal is one of the most well-known nations in the world for its diversity of cultures, geographic location, and many other essential elements. It is a country rich in culture. Although Nepal is a small nation, it has a wide range of diversity due to its multi-cultural, multi-lingual, multi-ethnic, multi-religious, and multi-racial population. The way of life, etiquette, traditions, attire, spoken languages, worldviews, social conventions, and other aspects of people’s conduct are all considered part of their culture.

There are more than a hundred different ethnic and caste groupings in Nepal, and each of them speaks a distinct language. There are 123 languages spoken in Nepal, according to the 2011 census. Three major linguistic families—Indo-Aryan, Tibeto-Burman, and indigenous—have contributed to Nepal’s linguistic legacy. The majority of languages in Nepal are Nepali (44.6%), Maithili (11.7%), Bhojpuri (6%), Tharu (5.7%), Tamang (5.1%), Nepal Bhasa (3.2%), Magar (3%) and Bajjika (percentage of speakers as mother tongue) (3 per cent).

Pashupatinath, a millennia-old temple devoted to Lord Shiva, is one of the holiest Hindu temples in the entire world.

The Boudhanath Stupa must be the Buddhist equivalent of Pashupatinath if it is the most revered Hindu temple in Kathmandu.

One of Nepal’s oldest structures, Swayambhunath Stupa has roots that may be traced back to the valley of Kathmandu itself.

Changu Narayan is a Hindu temple devoted to Lord Vishnu and is regarded as the oldest in all of Nepal.

The Patan Durbar Square is the former royal palace of the kingdom of Patan/Lalitpur, much like the Kathmandu Durbar.

The final of Kathmandu’s three ancient palaces is located in Bhaktapur Durbar Square.

Lumbini is a popular religious destination for pilgrims and is located in the Terai plains about 300 kilometres to the southwest of Kathmandu.

The Sagarmatha National Park, which was created in 1976 and is Nepal’s second national park, comes in last on our list.

Adventure trekking, rock climbing, peak-climbing, mountaineering, bungee jumping, rafting, canyoning, cannoning, jungle safari, and many other sports that are more popular among thrill-seekers may all be done in Nepal. Visit Nepal, the Himalayan nation, if you want to engage in some interesting and enjoyable activities. The experiences span all three realms—land, water, and air—and range from mild to intense. Adventure activities done in Nepal are given below.

On their approach to the Great Plains of the Ganges, the rivers flow from the majestic heights of the Himalayas, nourished by monsoon rainfall and melting snow, via the foothills. Nepal has many rivers to do white water rafting. White water rafting is done in Bhote Kosi River, Trisuli River, Upper Seti River, Kali Gandaki, Sun Kosi River.

If you’re brave enough to soar through the air like a bird, paragliding is best for you in Nepal. There are six places in Nepal for paragliding. Pokhara, Chapakharka, Kot Danda, Godavari, Phulchowki and Bandi. Among these, Pokhara is the best place for paragliding.

When visiting Nepal, one should engage in some adventure by going bungee jumping. Bungee jumping is a year-round activity that only stops when it rains. There are just 2 locations where it is possible to do so. Bhote Koshi Gorge and Hemja Pokhara are two places for bungee jumping in Nepal.

In the midst of the Himalayas, Zipflyer Nepal offers the Ultimate Zip-Line Experience. It is the world’s tallest, longest, and steepest zip-line.  It is located in Pokhara.

Nepal is a little nation in South Asia, but it has very diversified geography. Nepal has 118 different types of habitats, according to the National Biodiversity Strategy from 2002. For essentials like fuel, feed, and medicinal plants, the majority of Nepal’s population still relies on animal resources. Over 23% of Nepal’s total land area has been designated as a protected area. 12 national parks, 1 wildlife reserve, 1 hunting reserve, and 6 conservation areas are included in this.

Nepal is home to a variety of wildlife, with its forests providing a haven for 30,167 living species, including 13,067 plants and 17,097 animals. Wetlands are important for the health of the natural ecosystem and communities, as well as holding ecological, cultural, and economic value. Wetlands provide a wide range of ecosystem services, including water regulation and supply, waste management, erosion control, atmospheric and climatic regulation, biological control, provision of appropriate habitat, raw materials, genetic resources, and food production.
Rich biodiversity has been produced in Nepal as a result of its distinctive geography and the concomitant variance in physiographic and climatic conditions. Chitwan National Park is one of the greatest sites to see Nepal’s most eye-catching wildlife. Here, Bengal tigers, Asiatic elephants, one-horned rhinos, monkeys, leopards, jackals, antelopes, langurs, sloth bears, and many more species enjoy the Terai jungle’s diverse ecology.

Trekking in Nepal is regarded as an adventurous excursion that might last a few days, two weeks, three weeks, or even longer across the tallest mountains and deepest valleys. Trekking in Nepal is not like going into the wilderness; instead, hikers come across lovely villages, intriguing Sherpa, Langtang, Narwhals, Dolpowas, Loomis, and Yolmowas people, exquisite temples, chortens, mani walls, monasteries, sacred lakes, wildlife, river valleys, and hot springs.

Nepal is a paradise for trekkers. No matter if they are seasoned hikers or beginners, trekking over the Himalayas is Nepal’s main draw and a life-changing experience for many tourists. East-central and a tallest portion of the Himalayan mountain ranges in south-central Asia, the Nepal Himalayas stretch for around 500 miles (800 km) from the Kali River to the Tista River. The Great Himalayas create a climate barrier between the Tibetan high plateau and the monsoonal (wet-dry) lowland plains of India.

Trekking is undoubtedly enjoyable because it allows participants to observe and take in a wide variety of natural treasures and beauties. Trekking in Nepal is one of the most distinctive experiences in Asia, with eight of the top ten highest summits in the world and some of the most stunning landscapes that can only be reached on foot. The dry and mild months of March through June and September through November are the greatest times to go hiking. Although the sky is foggier and the rain starts in May or June, the temperature is manageable and the skies are typically clear at this time.

Nepal’s physical and cultural diversity offers plenty of room for a variety of cuisines based on ethnicity, soil type, and climate. The entire nation eats dal bhat tarkari. Lentil and spice soup knew as dal. This is placed over bhat, a boiled grain, commonly rice and tarkari, a vegetable stew.

The next really well-liked dish is momos. Everyone visiting Nepal should try this, as it is one of the favourites among visitors. Momos are tiny white flour pouches filled with vegetables, lamb or chicken mince, or both. They are served with mayonnaise and a variety of sauces, which makes the combo a tasty snack.

The Newari people of Nepal make a type of pancake known as wo. The Kathmandu valley’s native population is called the Newari. Who is prepared at the Newari festival of “Sithi Nakha ” using ground lentil (green or black) batter?

Sel Roti, a hybrid of a doughnut and a bagel, is one of the most popular snacks in Nepal during holidays like Tihar and Dashain. It is a round loaf made of rice flour that is deep-fried to give it a crispy exterior and a soft interior.

The Dhindho or Dhido Thali is a secret delicacy that may be found in Kathmandu’s Thamel neighbourhood if you look in the nooks and crannies. It is essentially a thick porridge made by boiling salty water with stone-ground cornmeal, buckwheat flour, and millet flour.

Juju Dhau is a sort of yogurt that is also referred to as the “royal curd.” It is a sweet, creamy, and thick dish that is typically eaten for dessert. If you visit Bhaktapur, you must sample this meal, which is made with buffalo milk and is particularly popular among the Newari.

There are many varieties of foods in Nepal as there is a variety of cultures.

Lonely Planet ranked Nepal as the best value destination, making it a great option for tourists on a tight budget. There is plenty of inexpensive lodging, and the majority of eateries have fair prices. Nepal provides top-notch lodging, dining, travel, and other amenities that best fit you. Nepal offers everything, from luxury services to affordable services. The quality of the services is guaranteed when hiking and travelling with a reputable trekking company.

The main attractions of visiting Nepal are the lovely nation, picturesque scenery, friendly people, rich culture, pleasant climate, and affordable prices. Hotels, eateries, and places to go trekking and hiking are all reasonably priced in Nepal. Domestic transportation costs are also less expensive than those in other countries.

If you are planning to visit Nepal, our company SnowyDreamWorld is ready to serve you. Our company provides different services including short and long treks, expeditions and peak climbing. 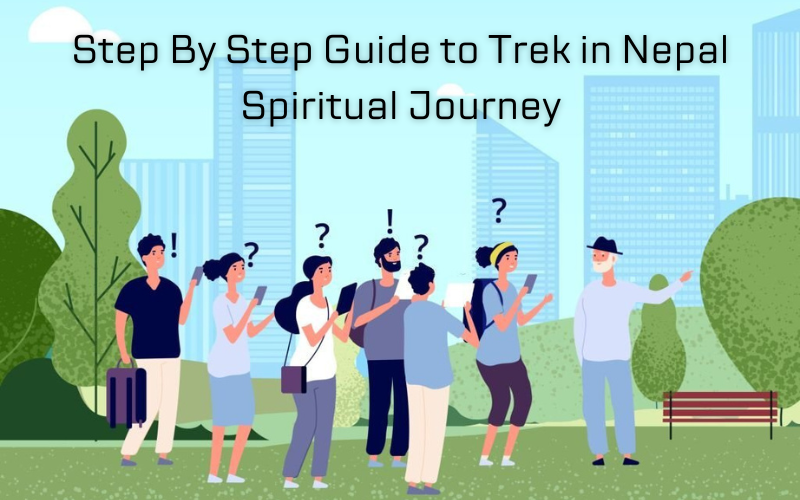 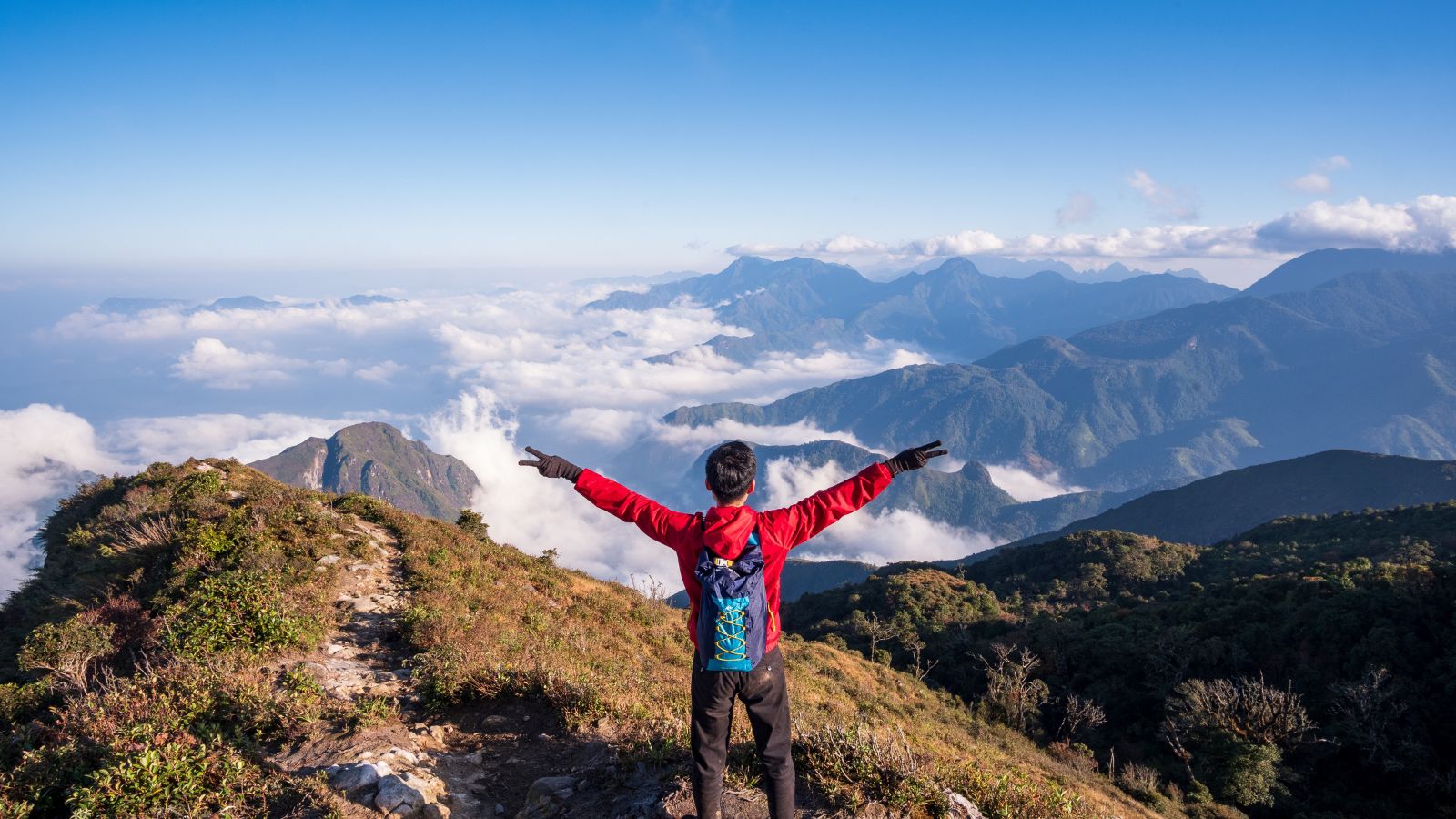